Welcome to the first of many DevLogs. Strange Stars is a Run & Gun game where levels are procedurally generated with each run through. The game is being development with the Unity game engine and utilizes the Corgi Engine, a platformer engine made by the folks over at More Mountains. For the past several months we have been setting up our project, getting our tools together, and diving into the particulars of the engine. We now feel that it’s time to start sharing with you all some of our design and development progress.

The current alpha build of the game is more for proof of concept and technical solution testing, as such its not intended to be fully playable. We are planning, however, a single level demo release towards the beginning of January 2022. Feel free to give it a play test and pass any feedback you want back at us.

Game design for Strange Stars has been a collaborative and iterative process. We have been meeting once per week to talk about the game’s current and future design ideas. We then test those ideas in a very rough build, after which we have been quickly iterating on improvements and the new ideas generated from those tests.

Design-wise, we think we are in a good spot to accelerate our development forward. Some of our initial design ideas have stuck around while others have been changed or removed. Our current goal is to have a full “vertical slice” build available for play testing in a couple of months.

Here are some of this past builds design considerations and changes:

Development of Strange Stars was slow going earlier in the year but for the past couple of months things have accelerated quite a bit. We have been working steadily on the core features of the game as determined by our prototype play testing sessions and group design meetings. Here’s a quick list of some of the things we have been working on for this build: 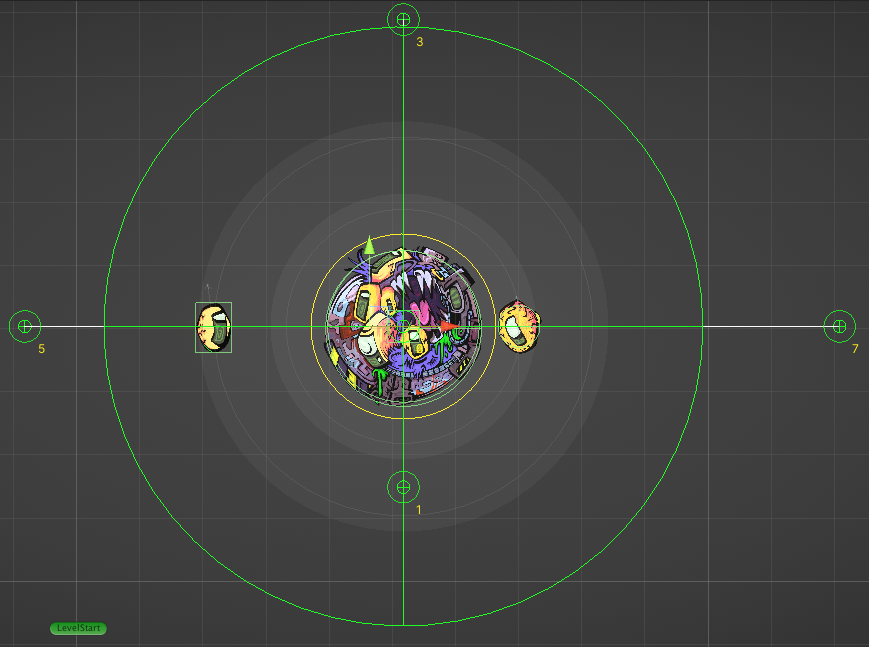 We have also been spending a lot of time developing our artistic aesthetic. Starting with a basic concept in the beginning of the year, we have begun to settle on an art style and color palette for the game and its first level, Dr Igneous’s Strange Star Space Station. Inspired by the cartoons and comics of the early 2000s, you might see a little bits of My Life as a Teenage Robot and Camp Lazlo in our art. 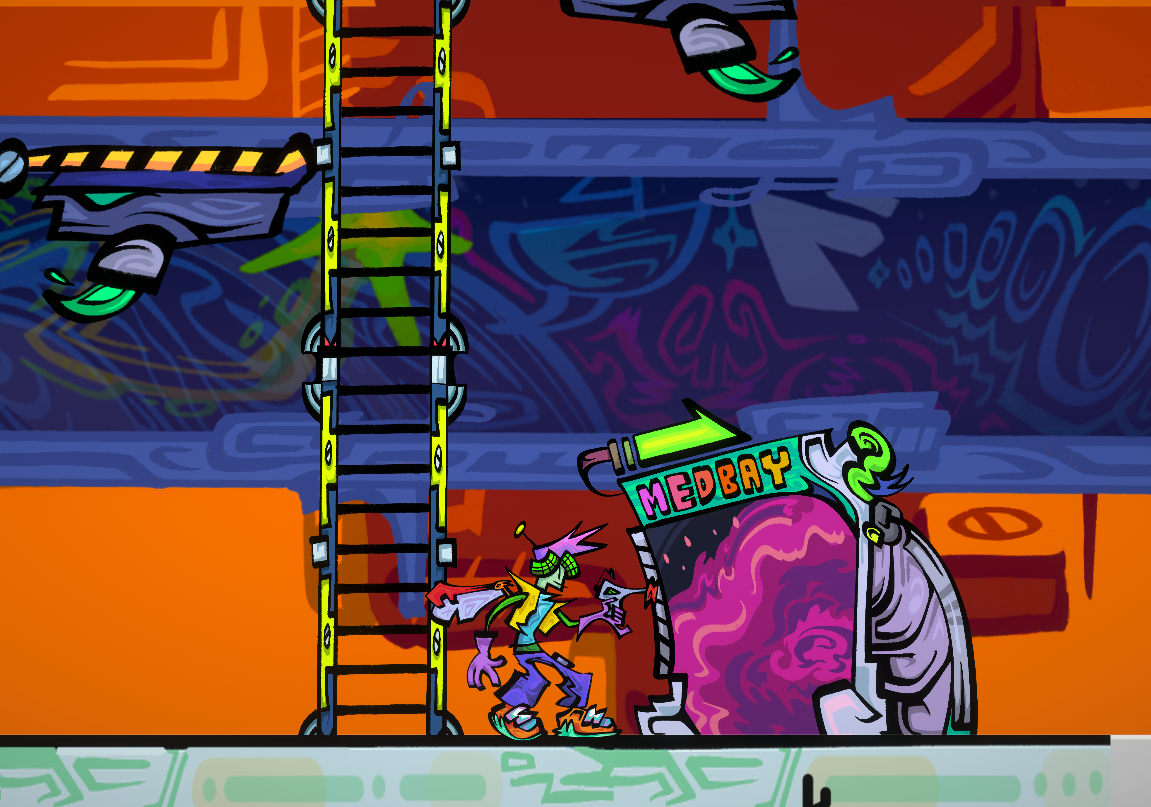 Our Lead Artist Laura has this to say about some of the assets that she has been working out for our latest art design push:

“This week, one of my tasks to do was the ‘Upgrade’ designs. Going into it, I wanted to establish a cohesive design principle to be shared between all items.. similar to how the classic Sonic games handled their power-ups in little TV boxes. Players should be able to quickly discern the upgrades while blazing through the game, so I put each icon on this floating chrome ball. Players see the ball, the icon, boom.”

Still a work in progress, our sound effect and music are taking a queue from some of the games you might find on Game Cube or Playstation of the early 2000s. Stay tuned for some audio teasers that we have in the works for the coming weeks.

Some of the most important parts of Strange Stars' level design are the Bosses that guard the exit to each level. These Goliaths and Ghouls are inspired by the super-villains and monsters of many early 2000s cartoons. While the roster is ever expanding, here is a sneak peak into two of the vile creatures you will go toe to toe with in Strange Stars: The Horrific Hydrabot and Sickening Singularity. 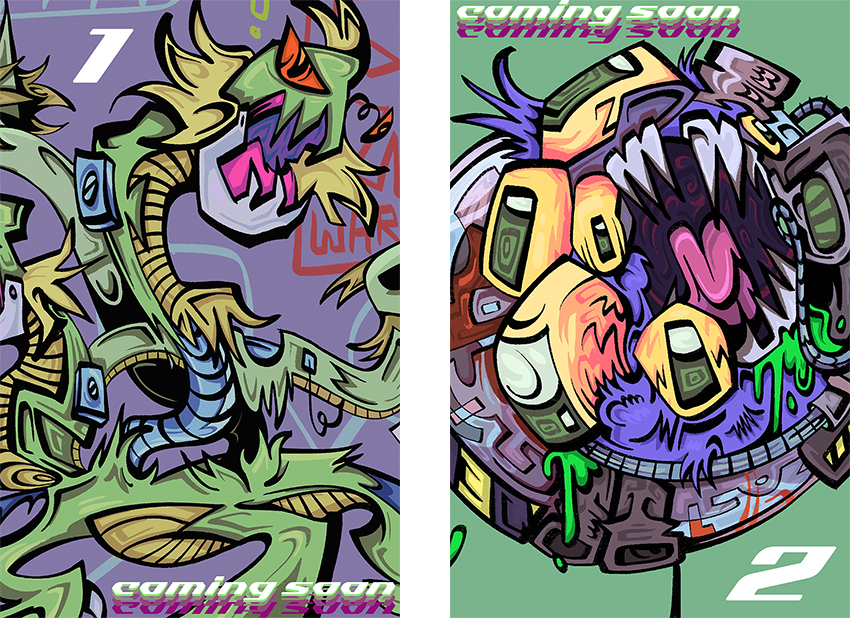