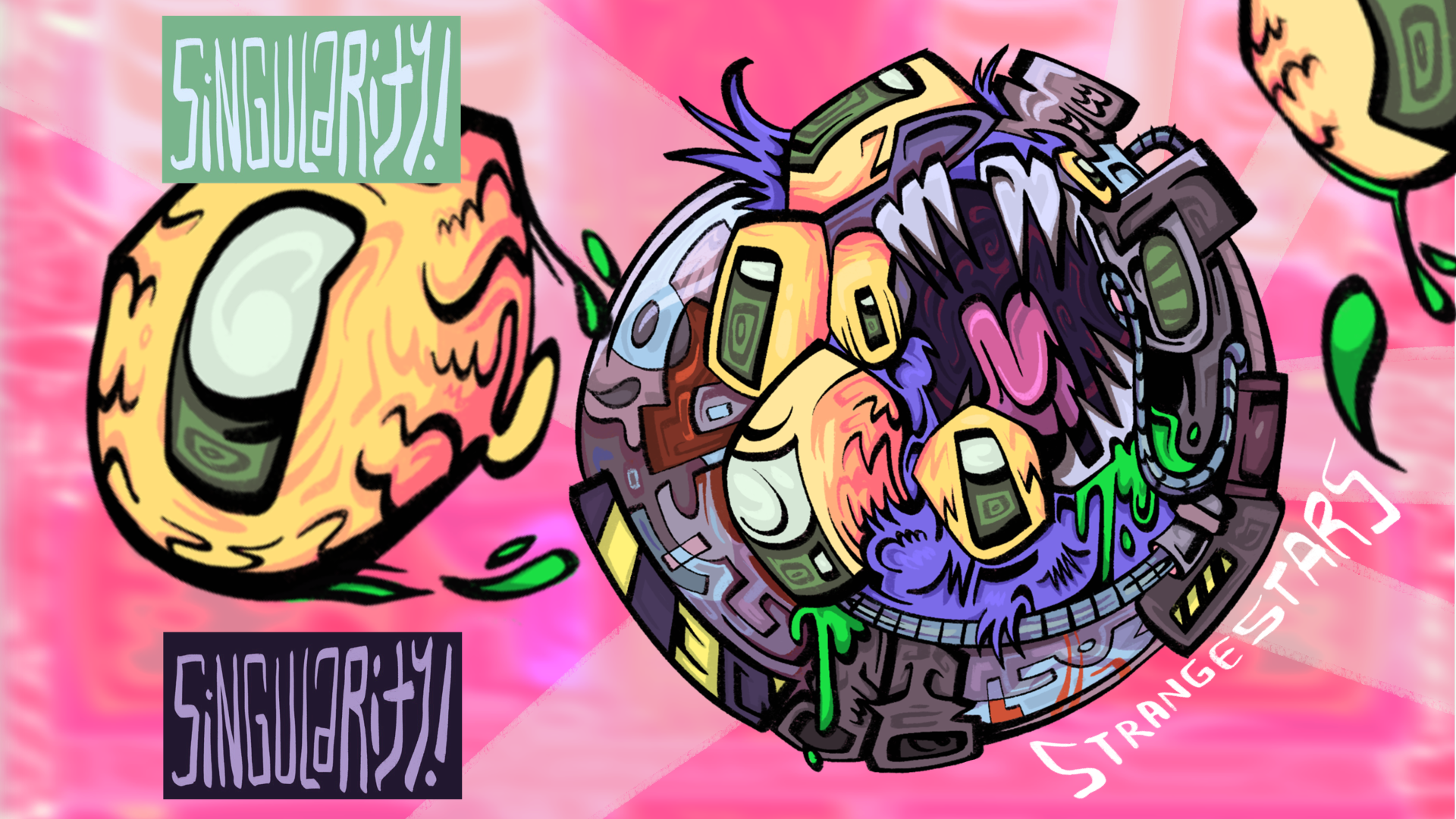 As we’ve mentioned in previous entries, Bosses are one of the most important aspects of Strange Stars’s level design. Whether they be Rival Privateers, Doctor Igneous’s Top Enforcers, or even the Local Fauna of a long forgotten world, Strange Stars is filled with foes much tougher than your average grunt, each with their own unique character and mechanics. Singularity is one such adversary. Inspired by early character concepts from our lead artist Laura (wallabites99), Singularity is one of the first bosses players will encounter in the game. It is also the one boss players will be able to experience in our first test level. In order to further refine the level generation and completion process, as well as our use of boss fights as a whole, we have elected to limit our demo build to a single boss encounter. 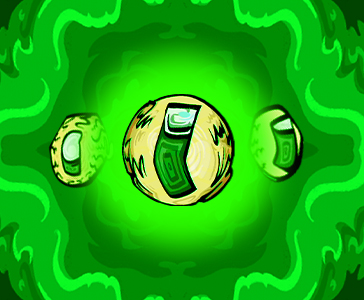 Throughout history, many great inventions have been created by pure accident. The Microwave Oven, The Pacemaker, Potato Chips and now, Singularity. Created during the X Phase Trials for Dr. Igneous’s Mark 1 Strange Matter Portal, when a carnivorous extra-dimensional organism attempted to escape into our plane of existence. The instance of Singularity inhabiting the station is merely a fragment of this much larger organism, lodged in the teleporter’s frame like a chubby Corgi in a doggy door too small for him. To Igneous’s dismay, Singularity is as stubborn as it is hungry, and has refused to leave its self-imposed prison for so long that it has become fused to the portal itself. Now drawing sustenance from the portal’s Strange Matter power core, Singularity continues to grow and mutate, developing its own gravity well, among other anomalous properties. With his Mecha security force unable to dispose of this ball of genetic chaos, Igneous has resorted to quarantining Singularity in a mostly abandoned section of the station. He hopes that the giant, wretched amoeba will act as a suitable deterrent for any would-be thieves who hope to sneak into less defended areas of the station. Though at this point, he couldn’t care less who triumphs in that conflict…

For a giant bacteria, Singularity certainly is an imposing adversary. With a maw capable of swallowing a short bus, control over the propulsion jets in its confiscated frame and a personal gravity well capable of pulling in any prey in its proximity, Singularity rules over its section of the space station unopposed. Or at least it did, until you got here…

It should come as no surprise to anyone that Singularity’s Achilles Heel(s) are its giant, lidless eyes. Specifically, the two disembodied eyes orbiting the portal frame. These ocular satellites work as remote sensors for the creature, reading the energy output on your pistol and letting the cybernetic component of the main body know how to shield itself from it. What the Station’s Mecha security wasn’t smart enough to figure out, however, is that these eyes themselves are unprotected. They should fall to pistol fire fairly quickly, and the mutant’s gravity well should make keeping up with their orbit a straightforward task. Rubbing some dirt (or shooting a laser) into these eyes will let you deal damage to Singularity itself.

Singularity has the ability to rapidly mutate and evolve, and it will probably do so in an attempt to counteract your attacks. Luckily for you, it is far from the best strategist. Its adaptations to your assault will most likely amount to “the same thing, but more.” Consuming pieces of the environment around it for mass, Singularity will spit out 4 eyes to replace the two you’ve destroyed and blow itself up like a pufferfish in an attempt to intimidate you. Hopefully this won’t work on you, and you’ll get right back to the task of systematically destroying its personal guard of pupils.

Currently, this encounter is still in early development. The first two stages are still being refined, and the third stage is still being planned. Given that Singularity is a sentient orb of biological entropy, who knows what challenging new mutations the third phase might hold for players.

“Right now it grows by animating the size of the sprite, but I imagine that'll eventually be replaced by an animation with multiple sprites. I'm hoping to have the environment objects move in slower and correctly disappear, and have something for a third phase.” - Jerome, Lead Enemy Designer.

We hope to have the Singularity fight, as well as the entirety of our demo level, complete and ready for players to experience and conquer in the near future.