The experiments conducted on Strange Matter Station are sensitive and secretive. Dr. Igneous can’t have some interloper discovering what he’s up to, or worse, stealing the technology for themselves. That’s why he’s constructed a certifiable bestiary of defense droids and combat cyborgs to defend his labyrinth of labs. These mechanical monstrosities make up the backbone of the Doctor’s security forces, and perhaps some day, his invading army… 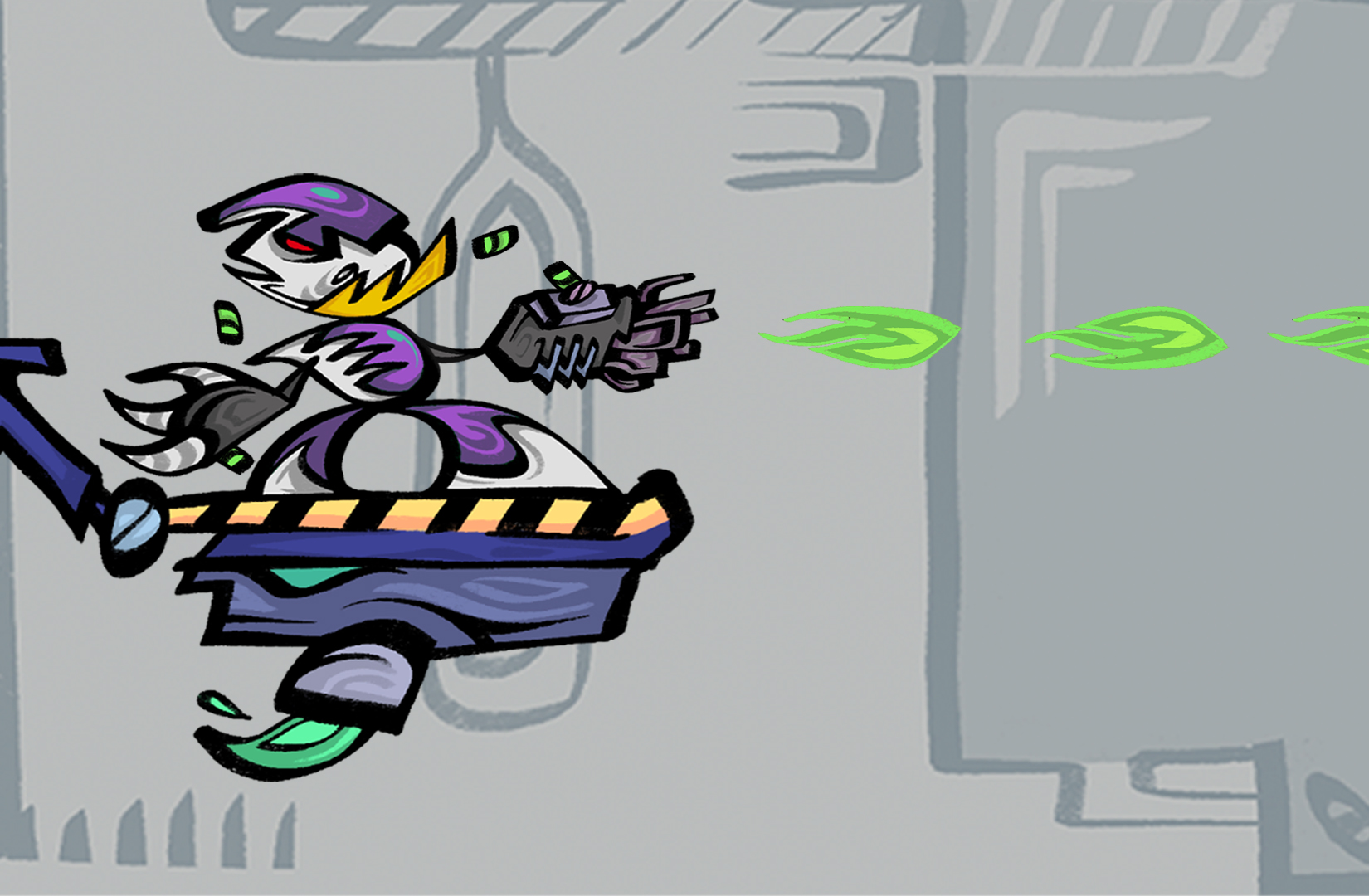 Quality over quantity is a rule to live by, but we’re not sure that applies to hordes of killer robots. The Grunt is as cheap to produce as a roll of tissue paper, and about as durable. Their armor provides minimal protection to their internal systems, and their optics field package is very limited. One shot from your pistol will be enough to put one down, and if you approach from anywhere besides head on they probably won’t even see it coming. Keep your guard up though, what Grunts lack in situational awareness and structural integrity, they make up for in numbers and determination.

The tracking software in these units was originally designed for search and rescue drones assigned to deep space mining operations. It serves the Seeker just as well, if more maliciously, on the station. Once a Seeker unit has locked onto its target (you) it will stop at nothing until one of you is a pile of smoldering space dust. Some clever maneuverability and a few well placed shots should be enough to put these airborne barracuda down.

Unofficially known as the fifth most dangerous cleaning bot in the known galaxy, what the Tank lacks in basic mobility and offensive capabilities it makes up for in unbridled durability. 23 layers of Strange Matter polarized armor and more redundant systems than we care to count render the Tank impervious to most forms of physical attack. They also render it very slow. Your pistol may not stand a chance at piercing its defenses, but as long as you don’t step on it, it won’t pierce yours either. 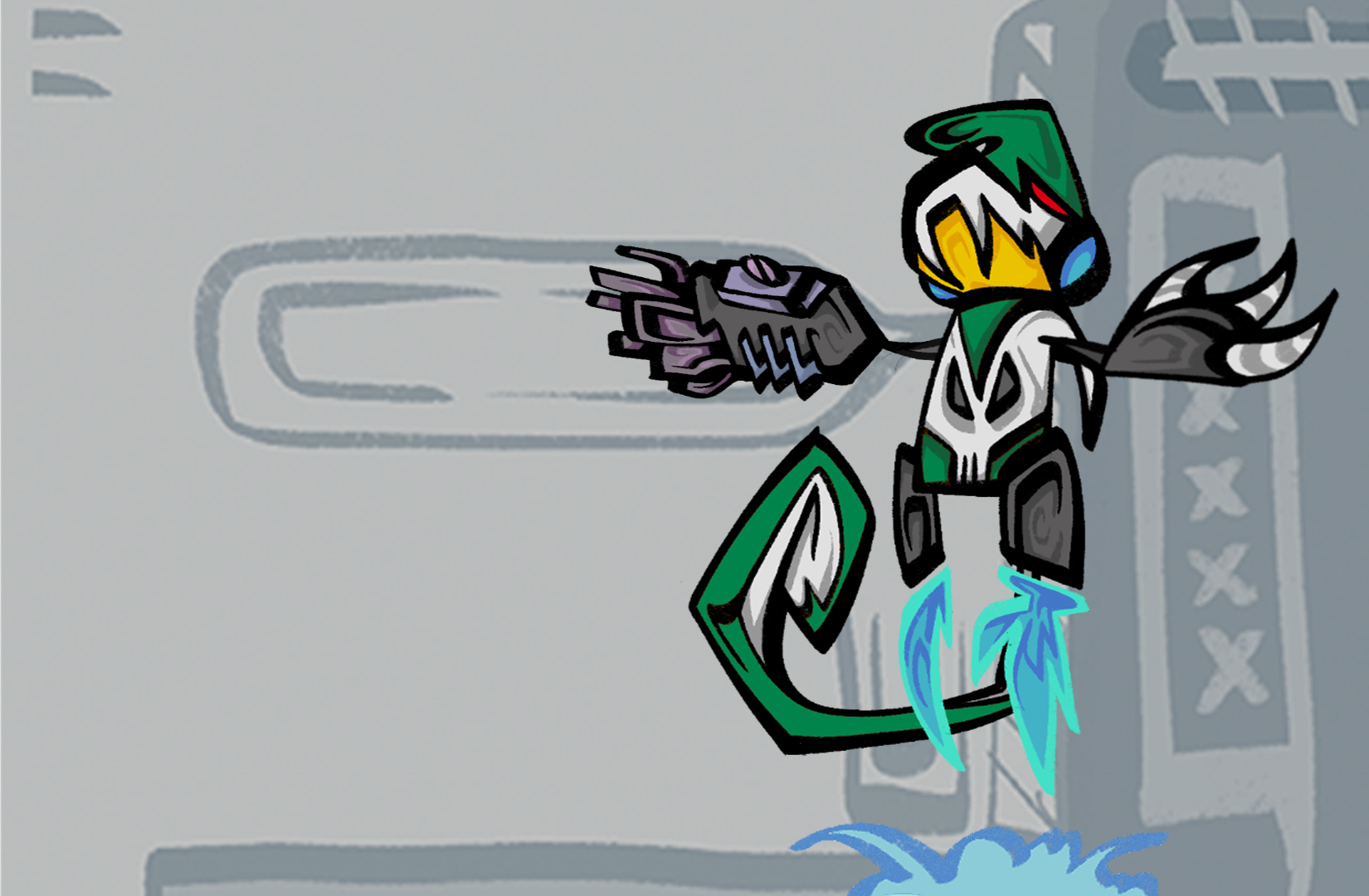 Over the years, Hit and Jump tactics have become preferred to hit and run tactics in zero-g combat situations. The Jumper proves that these tactics are just as viable when your boots are on the ground. Get too close, and the Jumper’s self-preservation matrix will activate, causing it to leap to a safe distance and fire off its explosive ordinance. Go too far, and the Jumper will give chase. The Jumper is an expert at always keeping you on the back foot. Lucky for you, the Nitro Pack that gives the Jumper the gift of limited flight needs a moment to recharge between uses. Attacking between jumps should give you the chance to turn the tables and engage on your terms.

Automated defense turrets can be found in military installations, underground testing facilities and cyber-mansions all across the galaxy. You’ve encountered them before, and while Dr. Igneous’s seem to be smarter, the rules of engagement are very much the same. It sees you, it shoots. Time your movements, place your shots well, and you should have no issue taking out these pre-programmed problems. 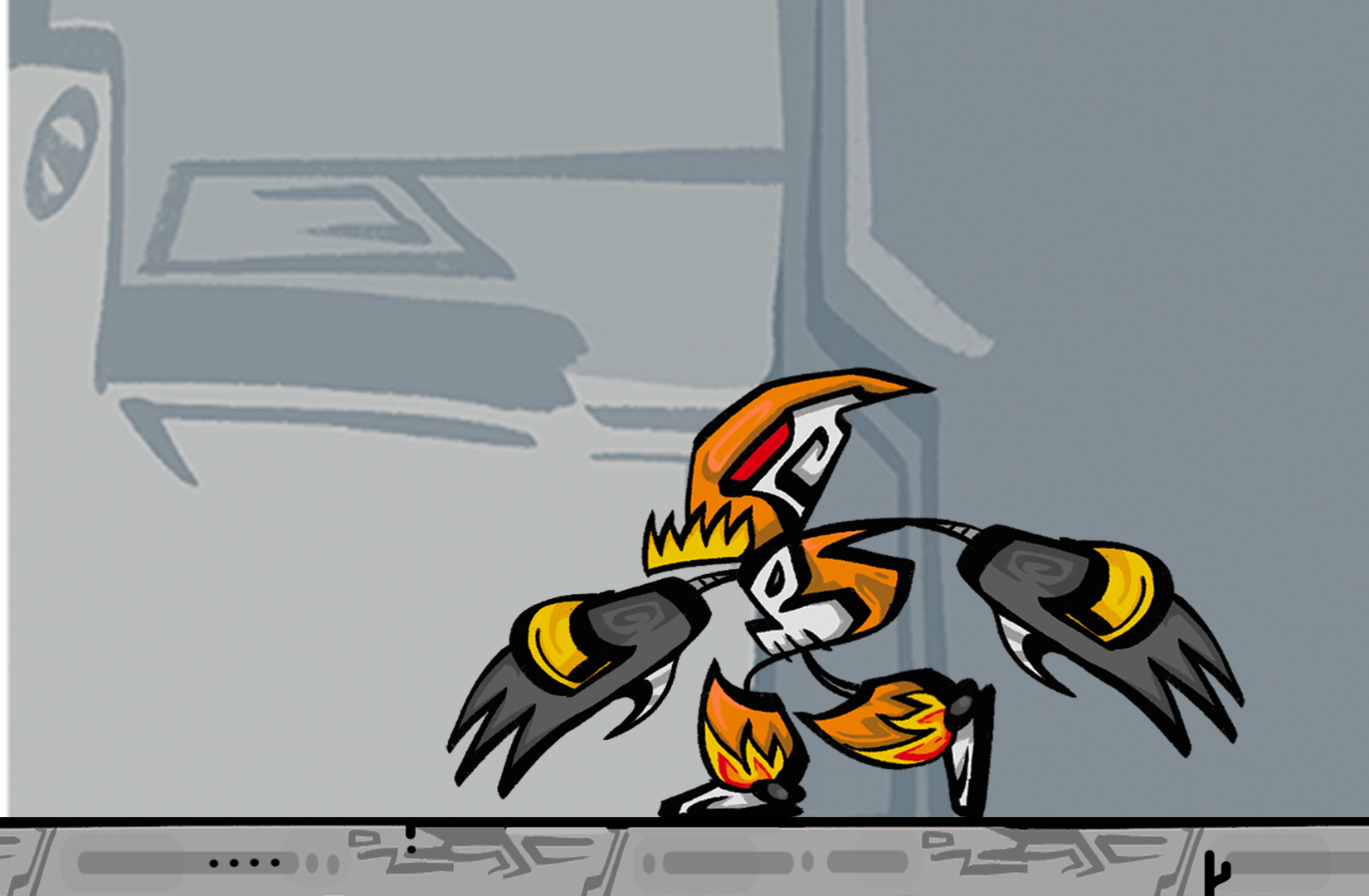 There might be very little, if anything, organic left in most Mecha units, but the Doctor made sure to preserve the Rogue’s most basic predatory instincts. Once it spots its prey, it will stop at almost nothing until it has torn it to shreds. Tougher armor plating, enhanced mobility and Strange Matter polarized talons make it very capable of doing so. A quick trigger finger may let you take it out before it closes the gap, but sometimes it's better to avoid confrontation altogether. The Rogue may not be the apex of the Station’s food chain, but it certainly ranks higher than you…

In the most recent build of Strange Stars, we are re-evaluating how enemies detect and therefore react to Fly Guy’s presence. As mentioned above, enemy detection and reaction is part of what differentiates each unit. Not only that, but it is an important part of both level design and balancing as well. For that reason, enemy detection has been overhauled to be more diverse and more balanced overall.

Previously, all enemies used a radius based detection, with which they would be able to detect Fly Guy’s presence within a certain distance, irregardless of direction or obstruction. This would result in enemies attempting to attack the player when they physically couldn’t, or detecting the player in situations where we felt they shouldn’t. With the overhaul, not only will enemies no longer have a seemingly near omni-present ability to detect Fly Guy, but some enemies will even have their own unique methods of detection. For example, while the Grunt now requires an unobstructed head-on view of the player to react, the Seeker maintains a wider radius of detection in accordance with its namesake.

What do you think about these changes to enemy detection? Give the newest build a download and let us know through the new Feedback option on the main menu.

As mentioned in previous DevLogs, an important guiding principle of Strange Stars is that we want no two playthroughs to be exactly the same. To accomplish this, our levels are constructed out of chunks, which the game spawns in a random order every time you load into a level. This means that the exact path from the start to the end of a stage and the obstacles that occupy it are rarely the same. In addition to this, specific aspects within the chunks are themselves randomized. For example, the entrances to optional exploration rooms are sprinkled randomly throughout generated chunks. These rooms bring with them helpful upgrades, but they can also introduce new challenges. Encountering one of these entrances near the start of a playthrough may bring an early advantage, or pose a challenge players don’t feel ready to face yet. In Strange Stars, procedural generation meshes with player choice to provide new and unique experiences each and every playthrough.